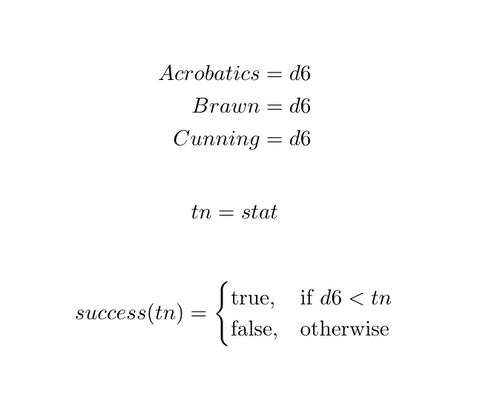 There has been a minor update to the resolution mechanic in Equa!.

Before the equation had tn <= d6 which meant that if you had a stat of 6 you could never fail.

I changed this to tn < d6 which means that on a there is still a  chance of failure but, as your Brawn was reduced you go better at brawn related actions.

So it is now d6 < tn which is basically roll under stat, which works better.

This is a living game so expect more changes soon!

An minimal OSR adjacent system laid out as equations.